skip to main | skip to sidebar

Stomp is a renowned non-traditional dance troupe (originating in Brighton, UK) that uses the body and ordinary objects to create a percussive physical theatre performance. Their musical origins owe heavily to the work of Einstürzende Neubauten and Savage Aural Hotbed. They developed from the London Records band The Yes/No People, who were known for Mr. Johnson and Some Things Are True on the Giant compilation. Since becoming Stomp, they have released music and starred in television commercials. HBO also produced the DVD Stomp Out Loud, which features the group members producing percussion out of normal household items, even in a junk yard. The term may also refer to a distinct sub-genre of physical theatre where the body is incorporated with other objects as a means of producing percussion and movement that has echoes of tribal dance. They appeared on Space Ghost Coast to Coast, where Space Ghost thought the name to be "Artsy Fartsy". The New York cast of Stomp was also featured in the pilot episode of Cyberchase (The Poddleville Case), in show's Cyberchase: For Real live-action epilogue segment hosted by Kareem Blackwell. Early in their career, they performed the theme tune for Blue Peter.
CLICAR AQUI PARA ACEDER AO VÍDEO:
http://www.youtube.com/watch?v=LTahKhYgEb0
Postado por Pedro Manuel às terça-feira, setembro 09, 2008 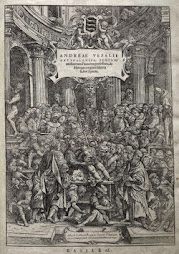